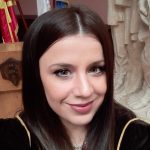 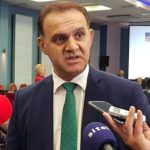 Abstract: Organized and individual forms of children’s behavior that violates the generally accepted legal and moral values in the social community, manifest a growing trend in recent years. Nowadays, juvenile delinquency has a higher share in the overall crime than before, and at the same time is characterized by extremely fast growth dynamics and qualitatively new, more severe forms of violation on protected social goods. Such occurrences are basically conditioned by the complex factors that determine modern life, which, among other things, have a direct impact on the behavior of young people as a separate socio-biological group. When it comes to the gender representation of delinquent behaviors manifested by children, it is a well-known fact that the participation of boys in the total case number of juvenile delinquency is significantly higher compared to that of girls. This is generally due to the differences that exist in the biopsychological characteristics of boys and girls, but also the different shaping and treatment of social roles that belong to members of both sexes.
Gender as a socio-demographic characteristic has a special significance in explaining the phenomenology of juvenile delinquency. The paper focuses on the basic phenomenological characteristics of juvenile delinquency in the Republic of North Macedonia, through the prism of gender differentiation that stimulates such behaviors, in order to determine the basis of an appropriate social response and prevention.